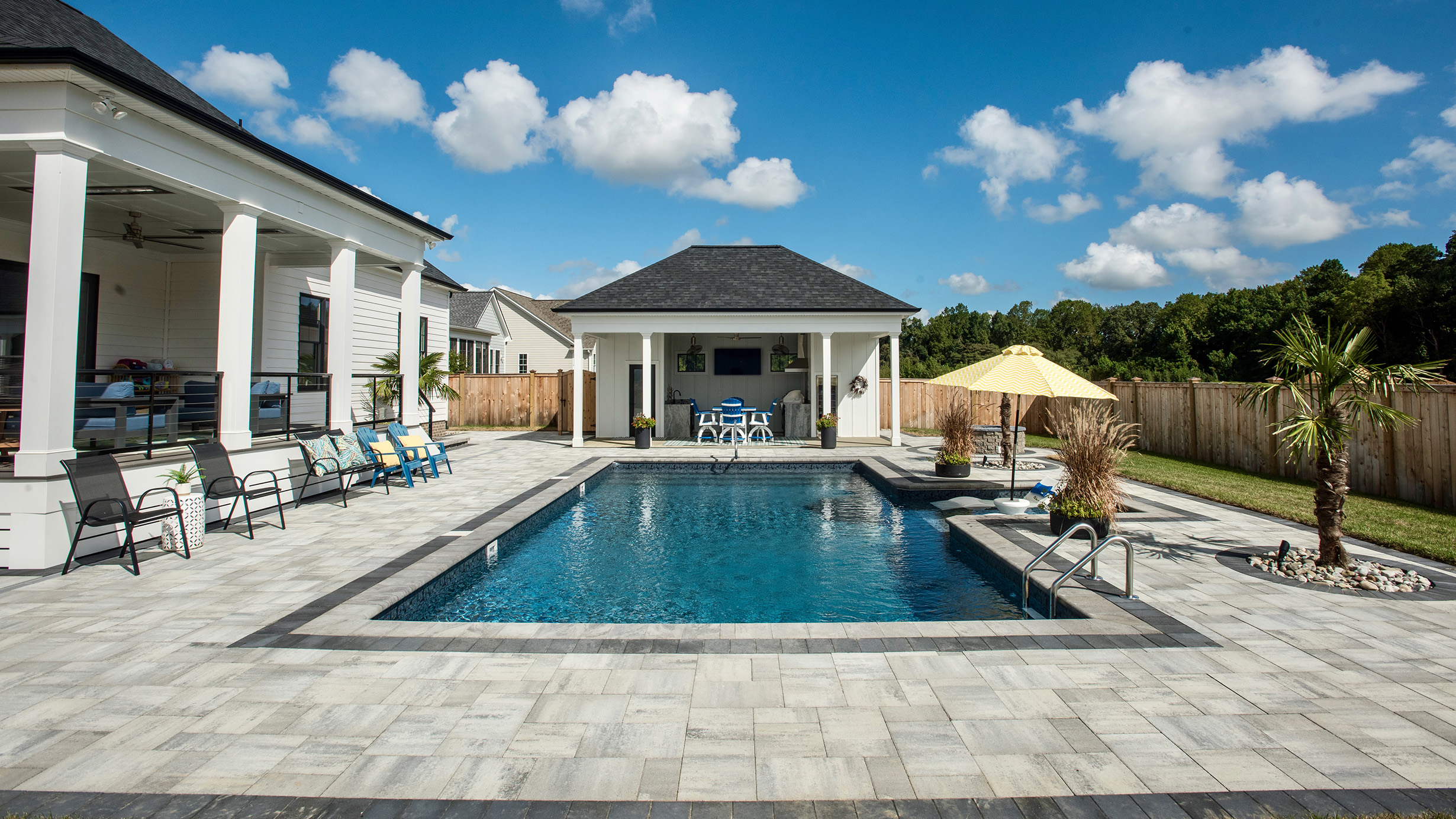 It’s a tough time to be a small business owner, but Ricky Simmons has found a way to solve issues like labor shortages and wage disputes. After being in business for almost 25 years, Simmons has scaled his company down to just a single reliable, dedicated, and extremely satisfied employee, himself! 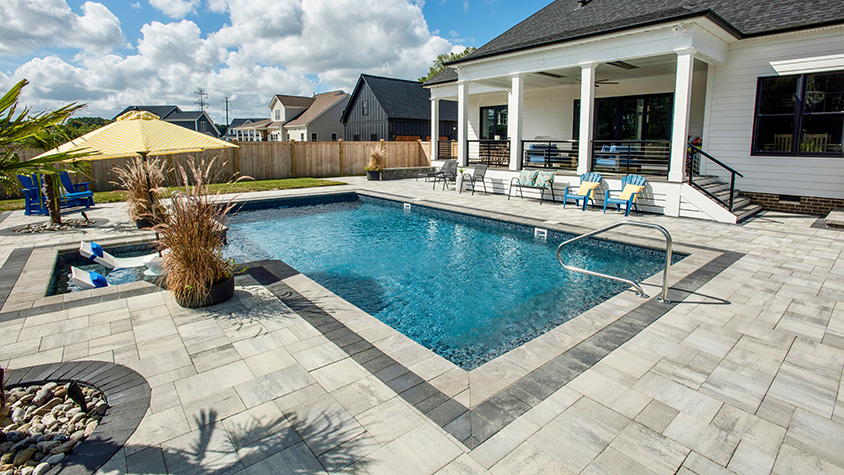 As the President of Simmons Lawn & Landscape, Simmons recently decided to take the company in a new, simplified direction. “I started off in 1997 with one employee, and through the years, the most I’ve had on payroll is seven,” says Simmons. “Nowadays, between the economy and where I wanted to take the direction of myself and my company, it’s just me now.”

This newly streamlined org chart obviously makes for some long hours for the one-man-band in charge of everything from design to installation and even cleanup, but it also comes with a great deal of job satisfaction for Simmons. And being named September Hardscape Hero is just the icing on the cake.

His winning project was a pool surrounded by a patio for a newly built home in York County, VA. Simmons proudly recalls, “That entire project was literally done by me. Every paver, every stone, all the planter boxes, every bag of Techniseal – everything was done by me personally.” And, he’s quick to add; “It’s probably my nicest project I’ve ever done.” 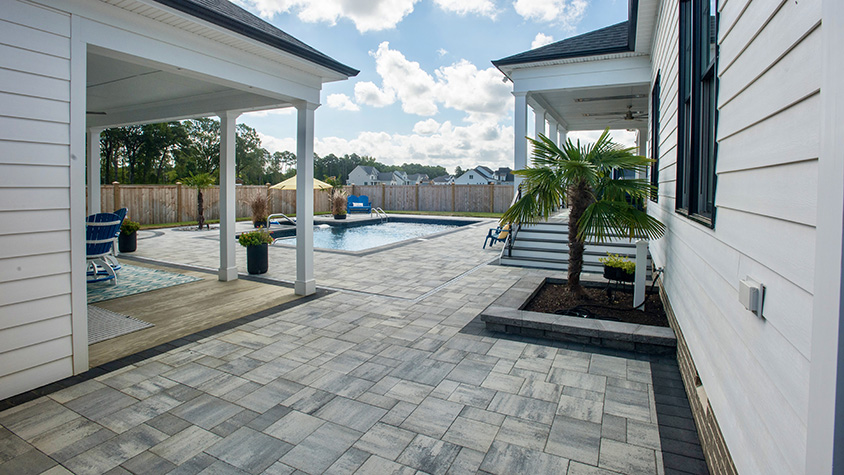 With those rough details sketched out, “I started building the design and choosing products and colors,” says Simmons. The homeowners chose Belgard’s Origins pavers, one of his favorite products to work with, along with the Highland Stone fire pit. “The pavers they liked matched really well with the house,” he says, “and I definitely thought the Midnight color as an accent to the main Cheswick color really came together nicely.” 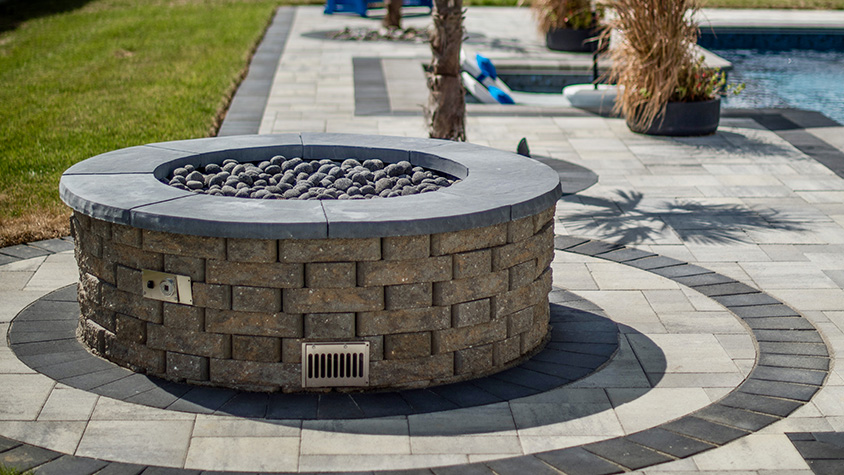 But even the best-laid plans often need to change as a build progresses, and this project was no exception. “There were a lot of changes as this project went along,” says Simmons. “Add-ons, elevation heights, pool specs, fire pit placement. But there are always unforeseen obstacles on every job so you just have to roll with them and you’ll turn out a good project.” So Simmons remained flexible, musing that, “Sometimes you have to go backwards before you go forward.”

One fairly constant theme in those backwards steps was water. First, the heavier than usual summer rains that repeatedly delayed the build schedule, and then secondly, designing stormwater drainage around the pool after it was installed by the homebuilder. “We had to add the drainage so that the water doesn’t go back towards the house,” Simmons explains. “But you also can’t have the rainwater go towards the pool, or towards the poolhouse – so we added channel drains on the sides” to ensure that runoff wouldn’t impact any of the other elements of the newly built home. 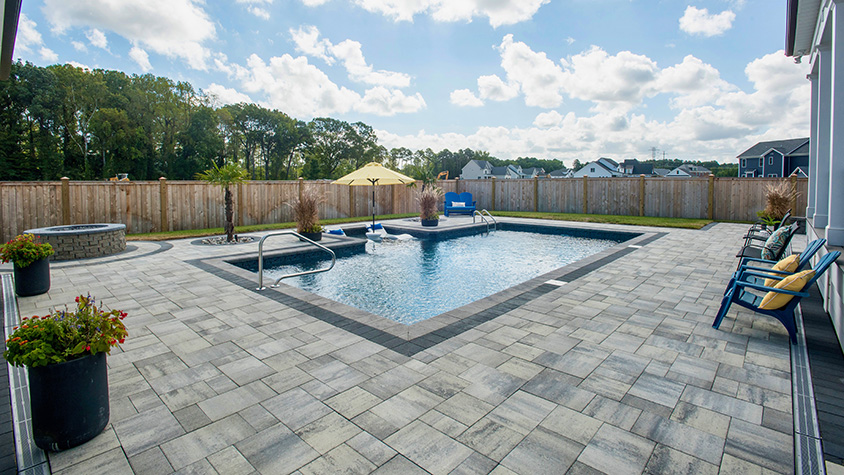 At the end of the day, each challenge was solved, the project was completed, and the homeowners were happy. Actually, clarifies Simmons, “the homeowners were ecstatic!” As for Simmons himself, “I get great satisfaction out of working in an industry where I get to see a finished product – and winning Hardscape Hero is fantastic. I’ve known other colleagues to win, but they have full crews working for them.”

But Simmons will leave crews to his competition, instead relying on his own personal skill to get each job done right. “I set a little higher standard for myself. With my type of personality, I aim for perfection,” he says, laughingly adding, “It’s both a good thing, and a bad thing!” Sounds like a fantastic performance review by Simmons of his very capable crew of one. 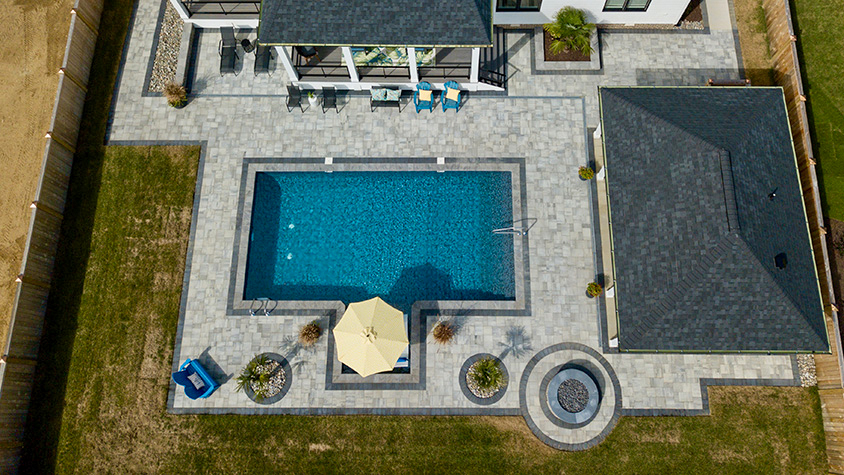 The following Belgard products were used in this project:
Origins Pavers 12” in Cheswick color