The ability to adapt to challenges is one of the traits that make HARDSCAPE HEROES the best in their field. When Matt Scott of Ultimate Hardscapes took on his winning project, it was his decade-plus of experience that gave him the skills and foresight he needed to create a stunning project.

“I love a challenge, especially with grade differentials,” says Scott. Faced with a sloping backyard that was almost unusable, Matt and his team were given the opportunity to rise to the occasion and turn the space into a work of art. 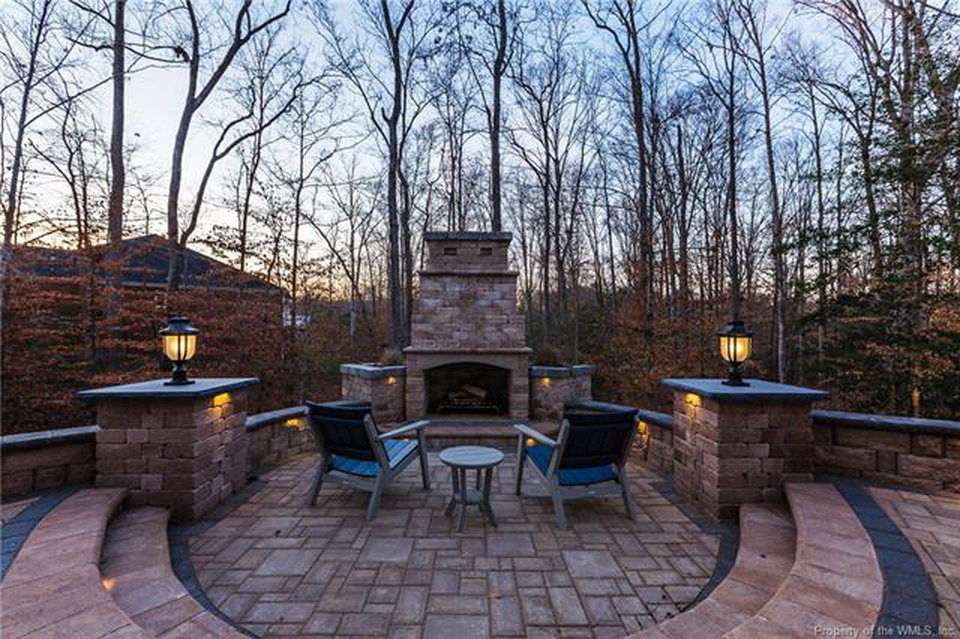 Scott teamed up with The Eagle Bay Design Studio to create digital mock-ups of the entire project. “We wanted something that would be functional but still address the grading issues. Since we were also installing a walkway and a kitchen under the second story deck, we had to work to create continuity throughout the project as well,” he says.

Using an elevated Dublin™ Traditional Fire Pit as a focal point for the design, Scott focused on making sure that the radius around the fire feature aligned perfectly with the rest of the patio. “We had to constantly measure to make sure everything was lining up to make the running border look symmetrical and even,” he says. 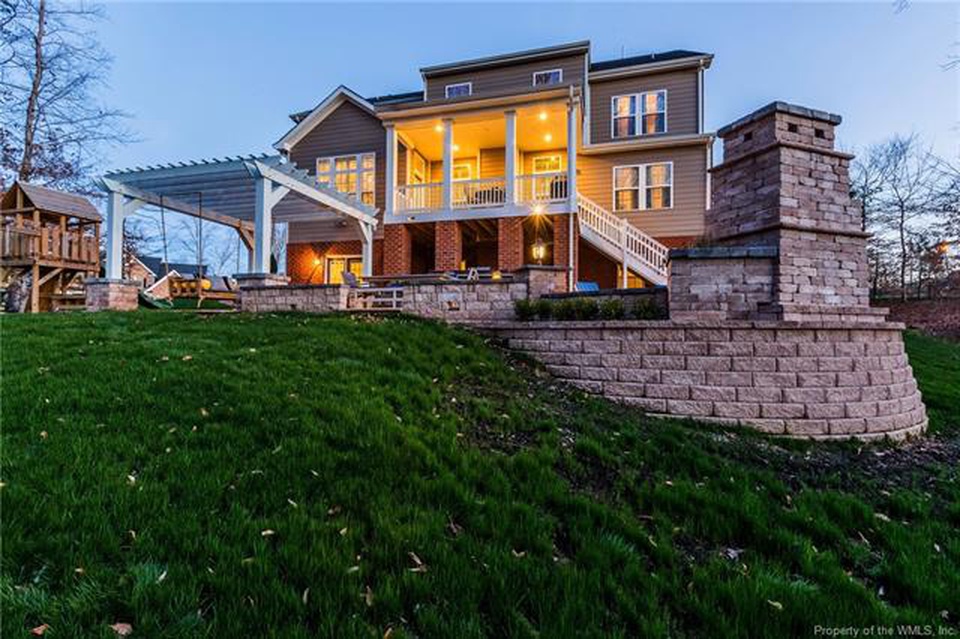 That wasn’t the only challenge with the fire feature, however. Scott and his team wound up changing the design mid-installation. “The backside of the fire feature is a retaining wall with an 8-foot drop. We wanted the homeowners to be able to use the freestanding walls as integrated benches. However, they have young children, and we didn’t want it to pose a safety hazard. So we installed a secondary safety shell behind the fire feature to prevent anyone from falling,” Scott says.

As they were installing the outdoor kitchen, the crew encountered another issue. “The integrated grill was going to be a bare wall on the other side, so we elected to install a granite countertop to create a bar space. However, the granite was so heavy that we had to custom fabricate mounting brackets to make it work and fit flush with the columns,” Scott explains. 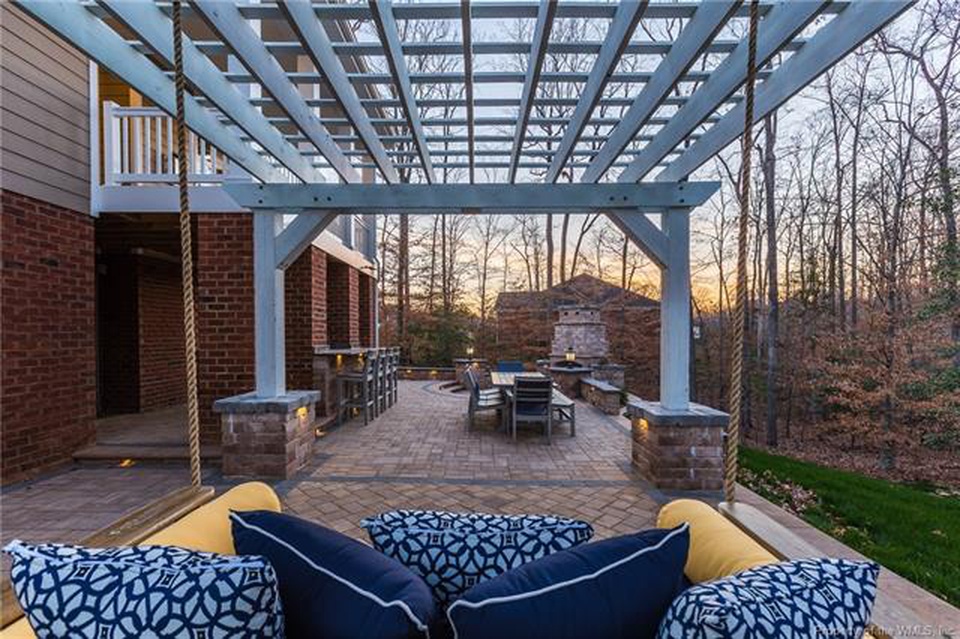 Despite having to adapt to various difficulties during the installation, the patio design stayed true to the original concept developed by Scott and the Eagle Bay Design Studio. “We love using the Eagle Bay Design Studio. It’s such a powerful tool for the homeowners to be able to see their project in 3D rather than having to visualize it. It really makes a huge difference in helping them see the vision in our plans,” he says.

Transforming a difficult-to-use area into a beautiful and functional outdoor living space is no easy task. The team at Ultimate Hardscapes did an excellent job, brought creativity and professional excellence to this project, and exemplified what it means to be HARDSCAPE HEROES.