Matt worked closely with the clients to design the winning project, which includes a pool, an outdoor kitchen, a fire pit, and a large seating area. He says his real strength as a hardscaper is in planning projects. “To me, one of the most important aspects of the project is being able to look at the site and the project as a whole and figure out what will work best,” he says. When planning this project, Matt says he had to focus on a few different things, including the sloping grade of the backyard, the homeowner’s request for a pool parallel to the house, and the additions of the outdoor kitchen and fire pit.

The team at Rock Creek Innovations says the planning took a bit more time than usual, partially due to the amount of moving parts and variables involved. Matt says, “It’s not like they’re getting their living room repainted. It’s a long process, so we want to get as many details right as possible as early as we can, and then I make a point to stay with the client throughout the entire process. That way I’m able to help them make small changes as needed to really make the project click.”

Matt says the project was tough because of the amount of different design elements and features that needed to be included. “We were designing things in some cases that other people would actually be building. It really came down to making sure our instructions were as clear as possible,” he tells us. 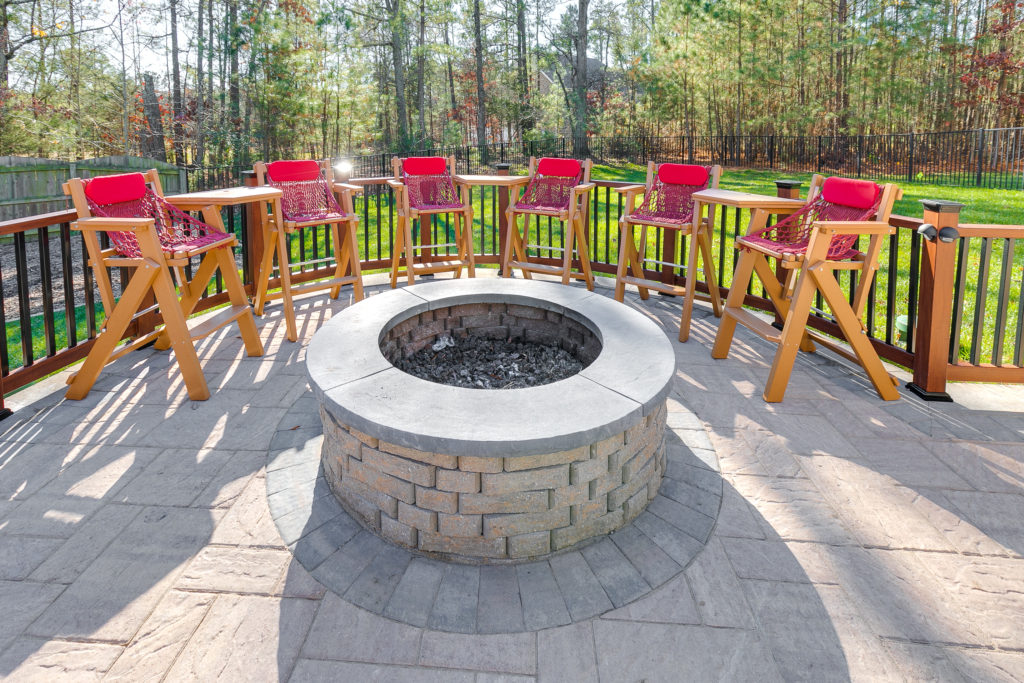 When the project started, the clients were open to exploring options regarding the specific layout for the project, which allowed Matt to stretch his legs creatively and really create a custom patio suited to the space. “They knew they wanted a pool, a space to entertain, a kitchen, and a fire pit. I spent a lot of time thinking about the layout, and ultimately we decided to put the kitchen and fire pit on the left of the house to add more privacy since it wouldn’t be facing the driveway,” says Matt.

The pool was the biggest challenge. Because of the sloping grade, Matt had to level off the entire patio area and make it flow structurally with a large pool. “The pool had to work independently of the entire patio while also integrating completely. We wanted to make sure that there was a good traffic pattern and that the pool felt like a major component without dominating the space,” Matt says. 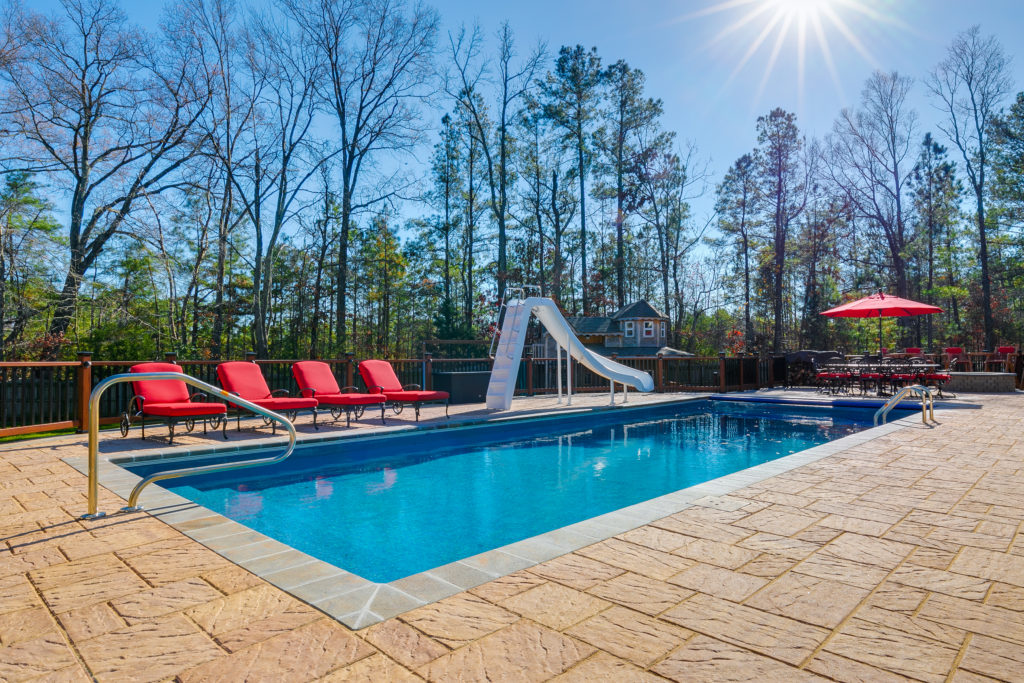 At the end of the day, Matt says the best thing a client can do is “start working with a designer early. A lot of people think that they have to wait for the Spring to get a patio, but really we can do it all year round. Between the design and the actual installation, customers can have patios installed well before the Spring; that way, they can get the most use out of their new patio during the warm season.”

Want to be our next HARDSCAPE HERO? Submit your project here.