Only four percent of Boy Scouts nationwide achieve the rank of Eagle Scout, the highest rank possible in the program. In order to become an Eagle Scout, a Scout must fulfill a number of requirements, including planning and executing a project designed to benefit the local community. Nolan Zunk, a 17-year-old junior at Clover Hill High School, recently completed his Eagle Scout project, in part thanks to a donation from Eagle Bay Hardscapes. The project ultimately won “Best Eagle Scout Project” in the region through the Heart of Virginia Council. 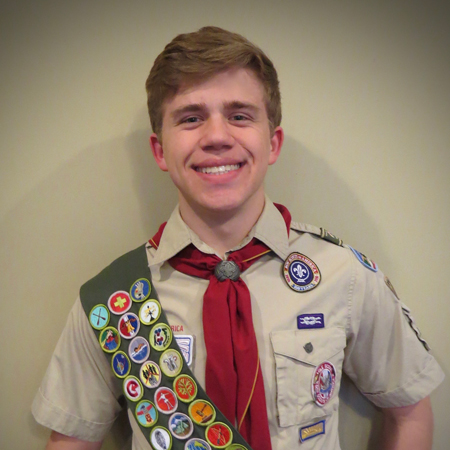 The project entailed installing a walkway leading from the door of Bethia Methodist Church down a sloping hill to an outdoor worship area. At the end of the walkway, Nolan installed a large patio to level out the grade and increases the seating area available to churchgoers.

This project was designed to complement another Eagle Project that was completed by his brother a few years prior. The purpose of the path is to make it easier for church members to make use of the outdoor worship area, and includes in-ground lighting for year-round use. 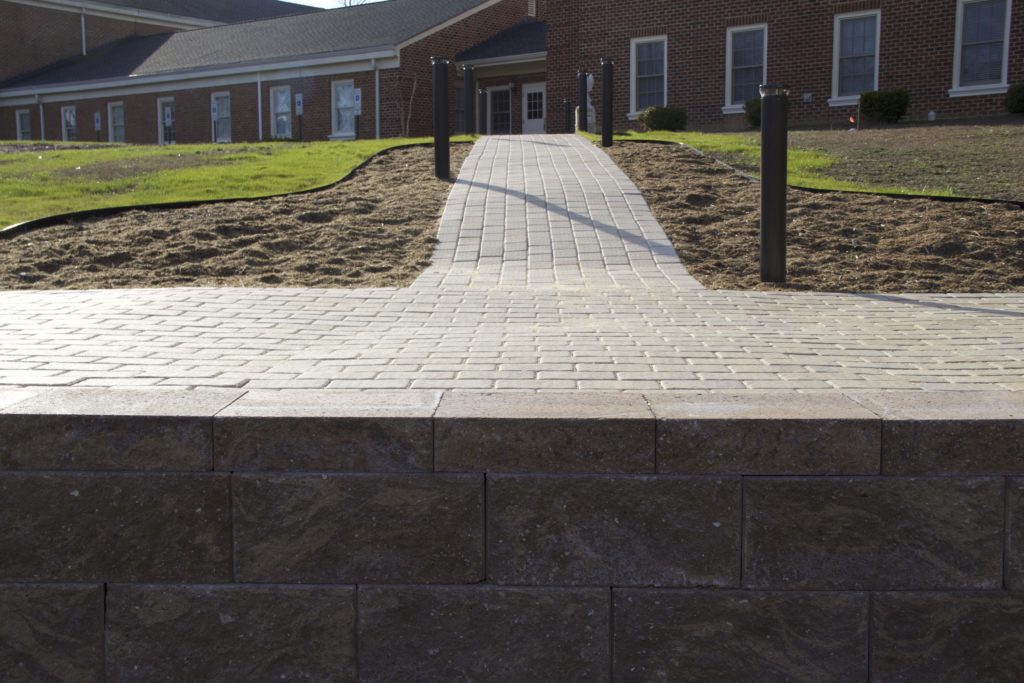 We recently spoke with Nolan and his Scoutmaster (Troop 2822), Jeffrey Carlson, about the process and the project.

“When I started thinking about projects, I sat down with the pastor of my church and asked if he had any ideas. My brother had done his Eagle Project there in 2013. As we talked, we began to realize that my brother’s project could be hard to get to for some of the elderly people in my church. We started thinking about how to make a walkway that would make it easier to get to my brother’s project,” says Nolan. 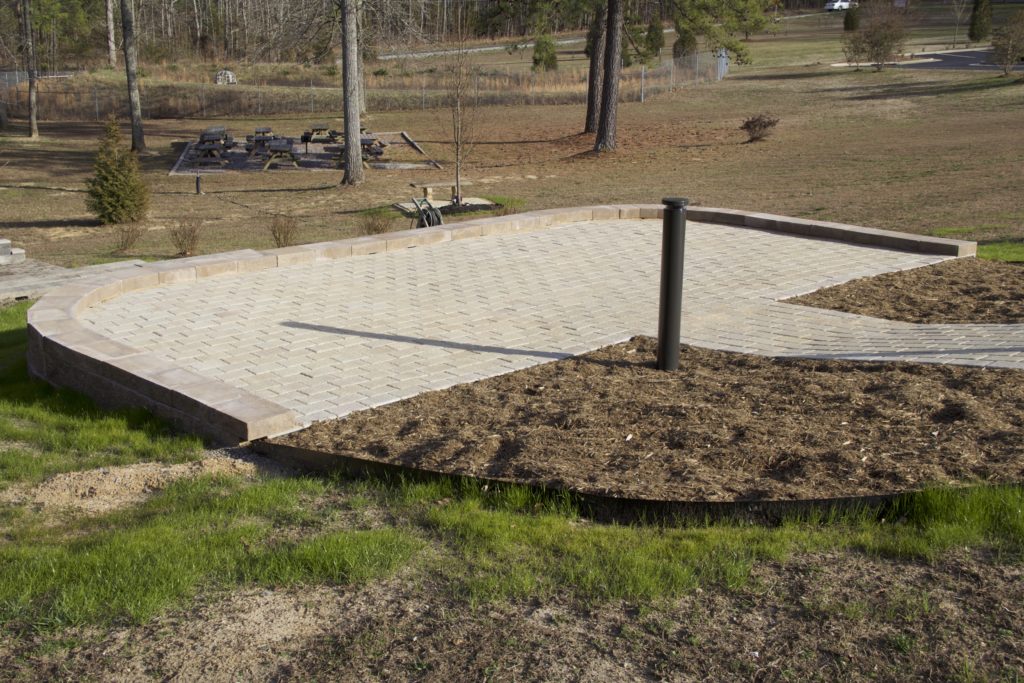 “It was something that needed to be done. It was a hard project, but it was a great project,” says Scoutmaster Jeffrey Carlson. He’s known Nolan since he was a Webelo, in elementary school.

A major requirement of an Eagle Project is that the Scout plan and execute the project with minimal assistance from adult leadership. Nolan says that planning the project was one of the hardest parts. “The project kept changing,” Nolan says. “The paperwork part of it is extensive—you have to submit the project to the troop, the council, and the benefactor, and get approvals before you can start.” Moreover, in order to receive the rank, Eagle Scout candidates must complete a submitted workbook detailing the entire project to the Eagle Council before appearing before a board of reviewers. 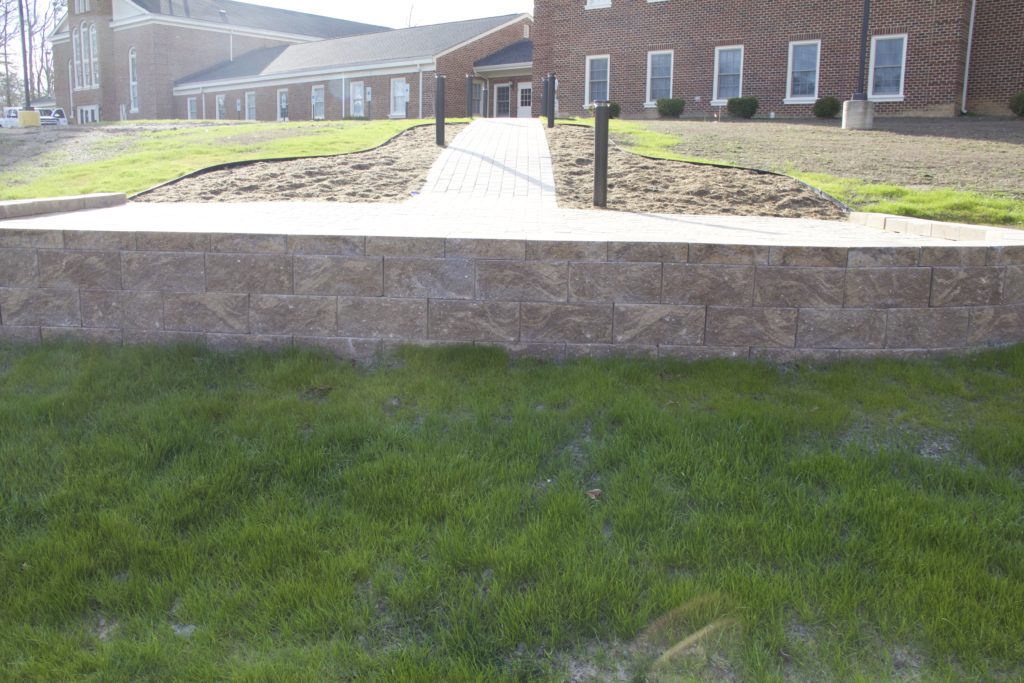 Nolan started planning in August of 2015 and didn’t start the installation process until November of the following year. He managed to raise $7,600 through his church and had to work to coordinate donations for the rest of the needed materials. “I created a list of what needed to be done, and we just worked through it,” he says.

Eagle Bay was proud to donate the pavers necessary to complete the project. Nolan also received donations of base materials and outdoor lighting systems. Once the donations were in place, he was ready to begin work. 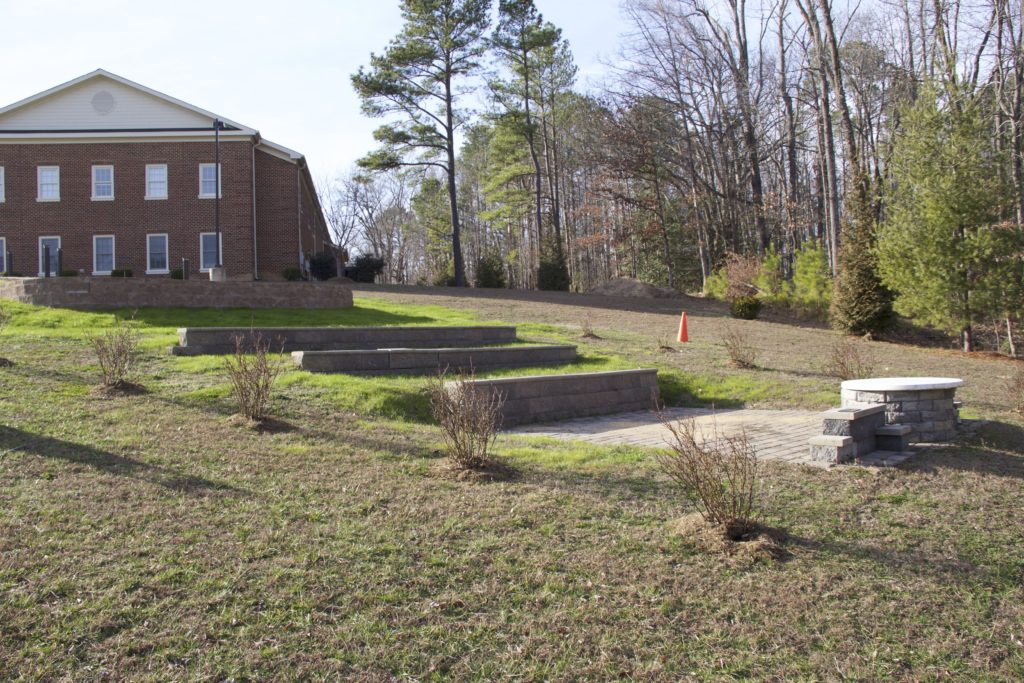 Another requirement of the Eagle Project is that the candidate enlists the help of their Scout Troop in completing the project. Nolan enlisted over 20 volunteers to complete his project, including Boy Scouts, their parents and church members. “We planned to do the project in one day, but that didn’t happen,” says Nolan. Luckily, he’d followed the Scout motto of “be prepared” and planned a backup work day with the troop. After a second day of work, the project was completed, other than a few small details that Nolan returned to complete by himself. “It was incredibly hard,” he says. “Becoming an Eagle Scout takes hard work, persistence and dedication.”

“It’s clear why Nolan received the Heart of Virginia Award,” says Carlson. “His project went above and beyond the standard Eagle Project. He really makes the troop stand out as one of the best in the area. An Eagle Project should make a statement and really benefit the community. Nolan did just that.”

By the end of the project, Nolan coordinated almost 500 volunteer hours, secured thousands of dollars in donations and completed a 200-yard paved walkway and elevated patio for his church. “We couldn’t have done the project without the contributions of Eagle Bay and the church. Eagle Bay’s donations alone nearly tripled the dollar value of my project. It would have taken another year of donation collection without their help,” says Nolan.

“Anytime we can get involved with an Eagle Scout project we want to.  Nolan did a fantastic job with this and we couldn’t be happier with the result.  We are just happy to be able to support him and the Boy Scouts,” says Matt Kwarta, Manager of Marketing and Sales at Eagle Bay.