The Brock Environmental Center (BEC) located at Pleasure House Point in Virginia Beach, VA, is a one-of-a-kind building, completed in part thanks to SWM PAVE Permeable Pavers. What makes the BEC unique is its status as a Living Building and that it holds a LEED Platinum certification. To achieve this, the building had to meet incredibly strenuous environmental regulations during construction. The 10,000-square-foot educational facility has a nearly nonexistent ecological footprint. Since its completion, the center has received 10 awards, including the ENR MidAtlantic-2015 Best Project Award (Green Project) and, more recently, a 2015 commendation from the ASLA. 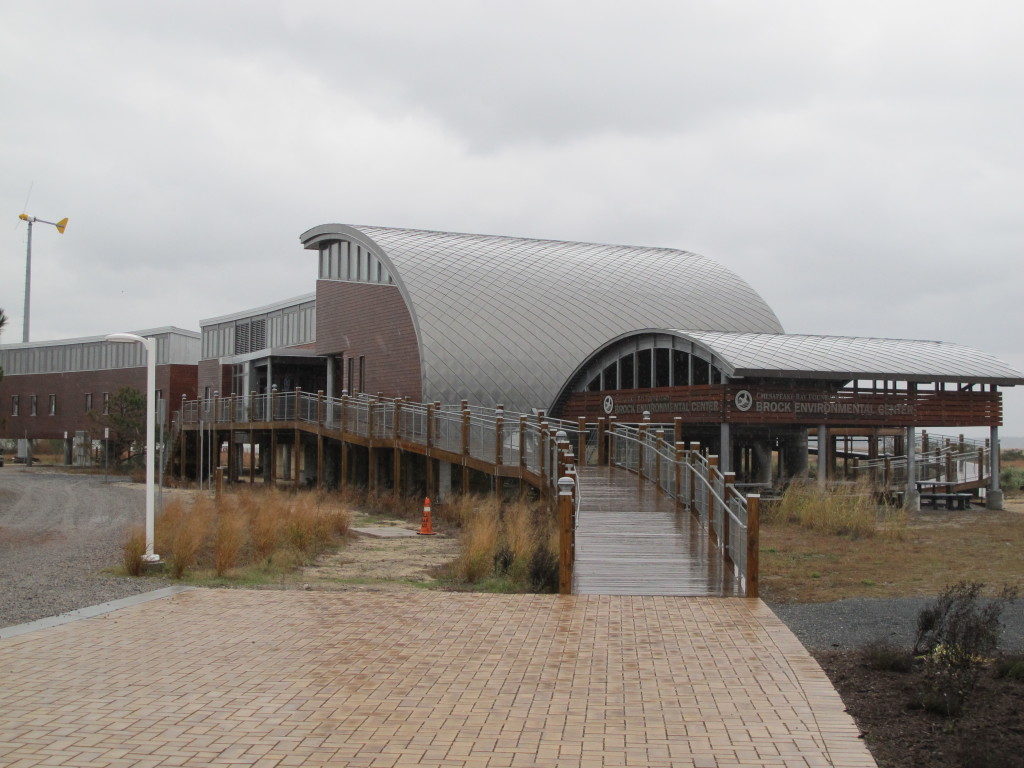 The American Society of Landscape Architects (ASLA) is a national organization focused on “advancing landscape architecture through advocacy, communication, education, and fellowship.” This recognition, along with the Leadership in Energy and Environmental Design (LEED) Platinum Certification, makes the Brock Environmental Center the only building of its kind in Virginia. In fact, this level of sustainability is only achieved by a small percentage of buildings worldwide. According to the Chesapeake Bay Foundation, “with its super energy- and water-efficient features, including solar roof panels, wind turbines, geothermal wells, and rain cisterns, the Brock Center is intended to operate using no more electricity than what the sun and wind generate and no more water than what the rain provides.” The CBF site even boasts an interactive dashboard, that allows users to track baseline metrics like energy production from solar power vs. energy usage.

To complete the Living Building challenge, the BEC must operate for an entire year with a ‘net zero’ usage. That means the building produces enough resources to either balance out or payback resources used. “We’re attempting something few others have ever done,” said CBF Hampton Roads director Christy Everett.

We recently spoke with Pete Fries of Snow Jr. & King and Billy Almond of WPL Site Design about their roles in the project.

“We were retained very early on to help develop a feasibility study for the Chesapeake Bay Foundation for the property. They were working with the City of Virginia Beach to acquire the property. It took about a year,” says Almond.

During the project, Almond and his team at WPL surveyed nearly 112 acres of land and water. Because of the LEED and Living Building requirements, the surveying had to be incredibly involved; to ensure that the BEC would meet the standards. The team also had to work within the dictates of the Chesapeake Bay Preservation Act so as not to hard the surrounding ecosystem. 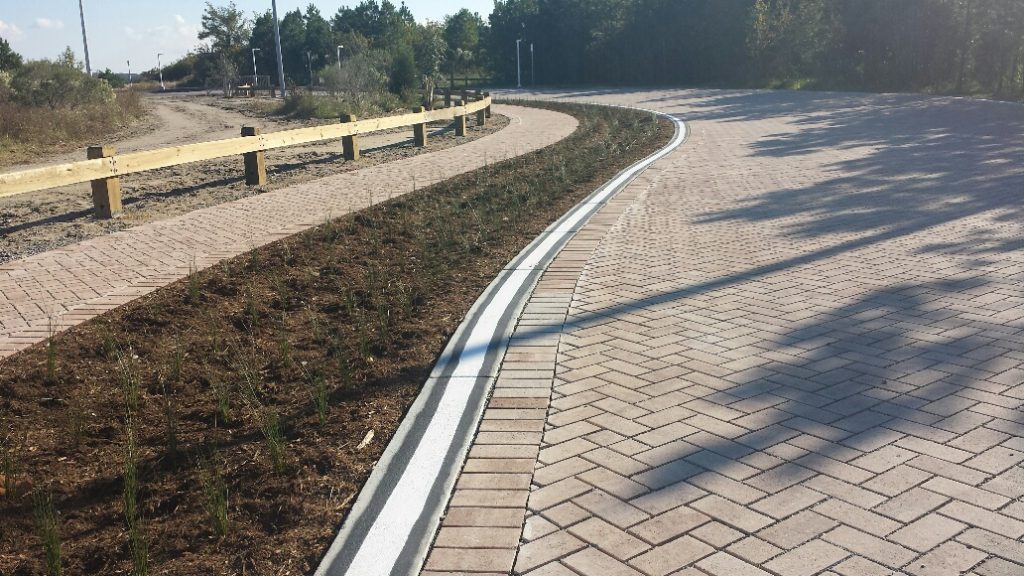 As construction began, Pete Fries was introduced to the project. Part of the plan involved a 30,000 square foot street built entirely of SWM PAVE permeable pavers. The road’s purpose is two-fold, to reduce storm water run off to zero, and to preserve the area surrounding the BEC. Both parking and driving are limited around the building to handicapped spots, and freight drop offs, further minimalizing its impact on the building’s immediate area.

“We were subcontracted by Hourigan Construction to install the permeable paver system,” says Fries. It was his idea to utilize SWM PAVE products on the job. “I submitted the SWM PAVE pavers to the project. We had a list of ‘red’ items that we couldn’t use, in order to meet the LEED standards and we worked around that list. SWM PAVE was a perfect option.”

“One of the guiding principals on this site was to minimize storm water run off. The building also harvests rain water and has rain gardens around it to minimize run off from the decks,” Almond says about the design. The SWM PAVE installation quickly became a crucial portion of the project.

The end result, “…the Winston Place Street is the first-ever permeable paver public street ever approved by the City of Virginia Beach. It helps the building meet LEED requirements and even if there’s flooding, there are rain gardens alongside it, so the whole road is double treated. It worked so well, we used SWM PAVE on the walkways around the building. We’ve used permeable pavers on jobs before, but it was a big deal to get it approved for the public right of way,” says Almond.

Take a virtual tour of the Brock Environmental Center.